This is your invitation to attend the Annual General Meeting of Cheshire Neighbours Credit Union.  As a financial co-operative we operate differently to other businesses owned by shareholders. In a co-operative any member has an equal say in the running of the business – so please come along to support discussion and help us make the right decisions.

CNCU relies on volunteers. Our volunteers help support the office function, meet clients, assess loan applications and if appropriate join the Board. Please email info@cncu.org.uk if you would be willing to volunteer to help CNCU keep running. At the last general meeting a Supervisory Committee of members was formed to review the work of the Board.

It costs CNCU nearly £1,000 to send out invitations to meetings by post to members. We already have email addresses for many members and this reduces our costs. We are aiming to communicate with all members electronically. Please help us achieve this important aim by emailing info@cncu.org.uk with your email address or let us know your mobile number so we can text you.

BOARD OF DIRECTORS – SUMMARY REPORT

Small loans are the main part of the work of CNCU and the number of Child Credit loans of up to £750 which are paid off out of Child Credit payments or other regular income has increased significantly in the year.

The take up of JamJar Budgeting Accounts has remained very low.

Overall CNCU continues to have an underlying deficit of about £20,000 a year. Obtaining grants and donations to cover this deficit is becoming increasingly difficult. Discussions over closer working with several nearby credit unions have not produced any definite results.

N.B. Full reports, accounts and any other papers will be presented at the meeting.  Copies may be requested prior to the AGM by calling the office on 01270 685625, or by emailing info@cncu.org.uk

You will be required to sign in and confirm your membership number to be able to vote.

If you wish to stand for election to the Board, then please contact the office for a copy of a nomination form, which must be completed and returned by 1st March 2020.

He proposed that Credit Unions may hold a “Prize Draw” for their members as opposed to paying interest on deposits. This is an exciting opportunity that our Board of Directors are keen to investigate. Watch this space!

5.59 Supporting the credit union sector- Credit unions play an important role in facilitating savings and offering affordable borrowing to their members. To help people increase their financial resilience while boosting awareness and membership of these community organisations, the Budget commits to launching a pilot of a new prize-linked saving scheme for credit unions. (17) https://assets.publishing.service.gov.uk/government/uploads/system/uploads/attachment_data/file/752202/Budget_2018_red_web.pdf

The Chair of the Board, Brian Roberts (BR) welcomed everyone to the meeting and introduced those board members present. The meeting was confirmed as quorate. Apologies for absence were received from 9 people and those people present who were not members were reminded they couldn’t vote.

The Minutes of the Special General Meeting of 24 April 2018 were approved with the following matters arising:

Treasurers Report was delivered by SC with accounts circulated for year end 30.9.17 which showed a deficit of £10,937 with a similar deficit expected for 2018. CNCU remains just above 3% reserve required by the Bank of England.

Credit Committee reported that loans that are being made are generally good with low levels of bad debt. CNCU has a history of not taking people to Court but is in the process of recruiting a volunteer to take this role. The current process for chasing bad debts was explained.

Report of the Auditor and consideration of accounts – SC proposed that the audited accounts that were circulated be approved and this was carried.

Appointment of Auditor generated discussion in relation to charges and it was agreed that Gardner Accountants be approved with the caveat to seek a more realistically priced auditor if possible.

Election of Directors – BR noted that since 24.4.18 two newly elected board members had resigned and Kath Cliffe had been co-opted. Brian Roberts, Sandra Link, Sam Corcoran, Mick Roberts, Natasha Maroni and Kath Cliffe were appointed. Members authorised co-option to a maximum board size of 9 members.

Supervisory Committee – there is currently no such committee in place. It was noted that this is a requirement of the Rules. The role is to act as an independent watchdog, appointed by members. Agreed that GR and Kath Cliffe would seek to identify 3 suitable members to appoint and post the details on the website.

Clarity was sought about Rule 112 and it was clarified that board meetings do not need to be held each calendar month.

The next Annual General Meeting will take place at the same venue on Wednesday 6 March 2019 commencing 6.15pm.

The meeting closed at 8pm. 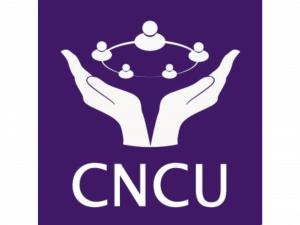